After 24 Years we propose you a new Interview with Luciano 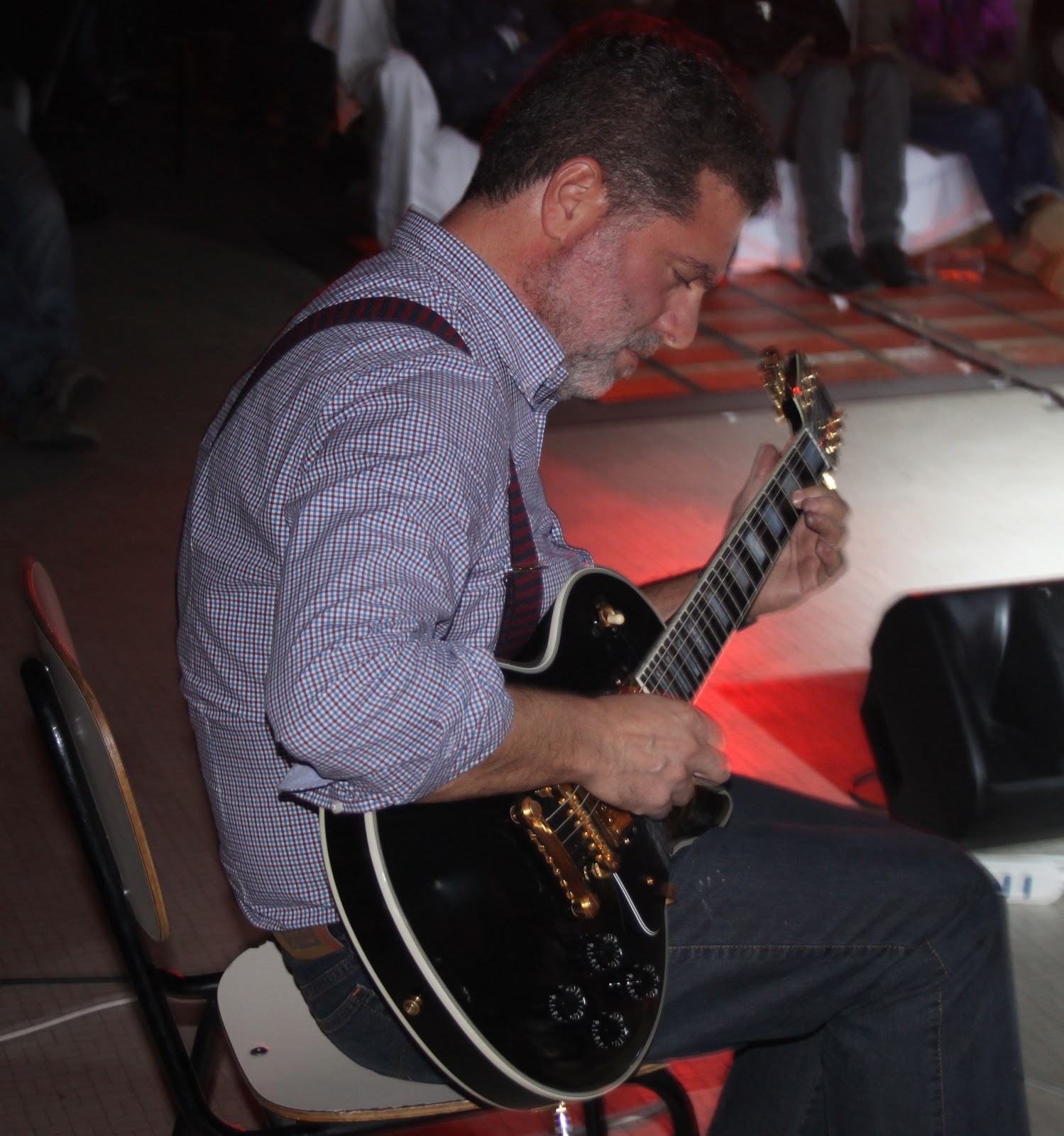 I would like to start with the last question of our interview of 1989, which will be much more difficult for you to answer now. Which are your preferred 3 books, films and records of the 20th century?

I will answer soon without thinking very much about it:

I’ve seen that your activity has grown a lot since your first record could you describe us the most significant steps of you musical path ?

I have first  to say that La 1919 has never been a group with a continuous activity, for many reasons we had short  and long pauses, we could call them pauses of reflection. After one of these pauses in  2004 I published my second solo disc “My favourite things” containing guitar duets ( but not exclusively) coming from distant recordings with any of my favourite guitarists (Elliott Sharp, Derek Bailey, Eugène Chadbourne, Nick Didkovsky  among others). Previously in 1998 during another pause I recorded “Vendetta” and made some concerts in duo with the percussionist Roberto Zanisi. Then in 2008 “Pseudocanzioni” was published, a collection of songs with texts and voices of Umberto Fiori and Elaine di Falco and with the drumming of Chris Cutler. Finally in 2009 “Solo Concert” a live recording of one of my very rare solo concerts which I’m very proud of. It was published by Stella Nera the label of Marco Pandin. 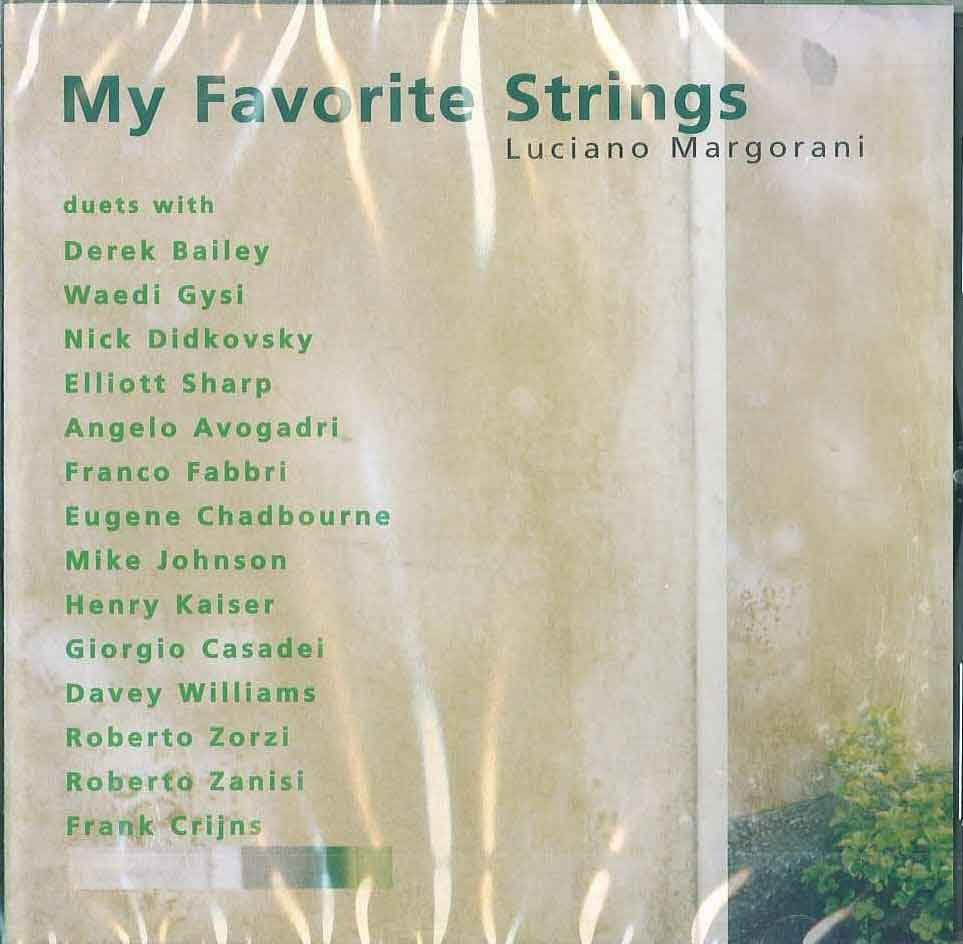 I think Italian scene is more asphyctic now than in 1989, what you think about it?

Do you really think  an Italian scene exists? And if so considering which kind of music? Sincerely I don’t pay much attention to it … I don’t think that at present I could find many interesting things. I like Yugen, Ferrian’s NuTimbre, Artchipel Orchestra… I don’t see any other group at present if I don’t consider the past.

I noticed that recently your activity as a soloist or the one in collaboration with other musicians became prevalent towards the one with La 1919. Can you explain us why?

Simply because the familiar and work occupations of my group mate Piero Chianura have become more intense, on the contrary mine have diminished and my time for music augmented (my son Luca is 23 now and the two sons of Piero are still children). So I decided to develop my solo work, with different projects going from improvised music to songs , poetry and music and even a saltuary participation in the Artchipel Orchestra of Ferdinando Faraò.

I’ve seen some concerts of La 1919 ,during last years,  in an “enlarged line-up”. Did you find a stable solution from this point of view or the musicians you collaborate with will be changing continuously?

If you are speaking about last 3 years we are playing in a stable manner with this  pleasant and peculiar drummer whose name is Federico Zenoni. So after years of electronic drums, pre-registered rhythmic bases and digital samples in the end we finally have a real drummer! We had sometimes someone else but it was somehow occasional, I would say the stable line up is the trio.

Your collaborations with the sacred monsters of “our” music were very frequent since our last interview , did this enrich you from a musical and human point of view?

Surely from a musical point of view this is true. Speaking about the human point of view it depends from person to person…. Not everyone was friendly and simple as I thought. Obviously no names about it. 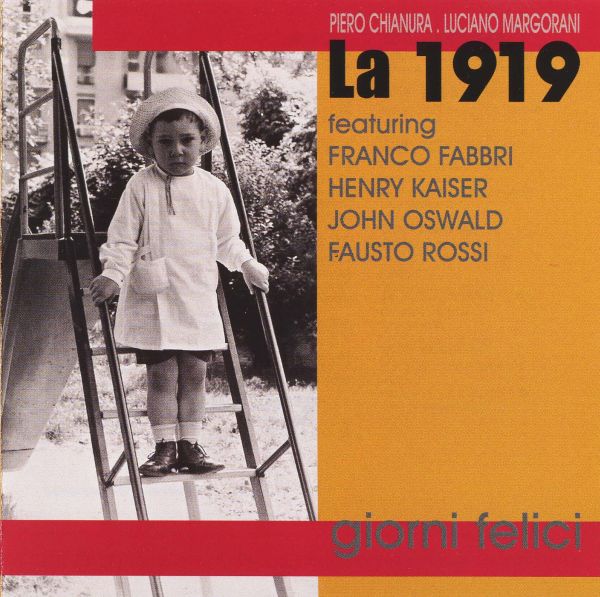 Your last record as La 1919 is already 7 years old do you have any news from this point of view ? 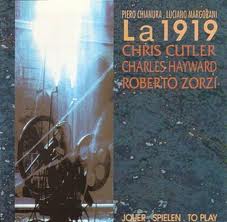 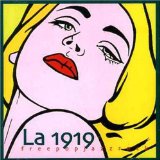 Next January we should record a live studio record as a trio, playing what we normally play during our rare concerts. We have some re-elaborations of old pieces from the end of the 80’s beginning of the 90’s and also some recent compositions for our above mentioned trio.

Sometimes ago I assisted to your concert with Amy Denio that I found very interesting, which is your relationship with Amy ? Is there the possibility of future collaborations with her?

I really have an awful remembrance of that concert because I was physically in a bad state and I don’t really remember what came out that night……
With Amy everything is possible, she is very helpful and enthusiastic and it is not excluded that we will do something together in the future.
Concerning other future collaborations I have a project of my songs sung by Elaine di Falco of Thinking Plague and produced together with Luca Pissavini, the bassist of Fracture. Then also a collaboration with Chris Cutler , my favourite drummer of all time. I just received his rhythm tracks on which I’m going to work soon .

Are your reference guitarists still Bob Fripp and Bill Frisell or is there someone else?

When I spoke about Fripp, also 24 years ago, I always meant the period between 69-79, let’s say just up to The League of Gentlemen, before he started with the diabolic “Roland guitar Synthesiser” that I think has ruined him.. His last solo projects , the Soundscapes with or without Theo Travis, are in my opinion terribly boring.
I liked Frisell very much just to his country-rock choice of the mid 90’s, after that I consider him always less interesting…anyhow he remains technically a great guitarist and if I will have the opportunity in the future  I surely will go  to attend his concerts.
Didn’t I mention Fred Frith during last interview? Very strange… he with Bob Fripp and Phil Miller was a very important referential peak of my adolescence . I think that also Fred Frith .. has already given his best sometimes ago but if there will be one of his solo concerts, (his best kind of performance) I surely won’t miss it.


I noticed  that your relationship with the musical scene of has became deeper, and I am mainly speaking about former Stormy Six members, can you tell us how started your collaboration with Umberto Fiori?
It started in a very simple way; being since long time an estimator of the texts and poetries of Umberto I decided to contact him in order to ask him to  write the texts and sing some songs of “Pseudocanzoni” my solo record of 2008; He was very happy with that experience so we decided to start a  new project together including voice, electric guitar and looper, to be proposed in concert. This project featured some new songs of my own and arrangements of other existing songs of Stormy Six members. This brought finally to the recording of “Sotto gli occhi di tutti” and to  some concerts that followed. 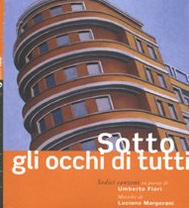 Are Fracture an outburst or a lasting project? What’s the place of improvisation in your musical experience?

I think and hope that Fracture will be a stable project, I’m working in a very good way with Luca Pissavini and Ferdinando Faraò. Next year  will be the year of our second record, that is already recorded and is ready for pressing.
I always considered improvisation as a way of making music and not as a musical stream. What we do, for example, when we try for the first time to play an instrument we don’t know and we make some uncontrolled noises. That’s improvisation. I don’t have a particular interest towards codified non- idiomatic improvisation (even if after 40 years also this kind of improvisation has become idiomatic) or radical on its own. I think that improvisation has to contain many different elements… melody, atonality, rhythm, arrythmia, noise, silence and variable dynamics.. If we put some fixed points this is not improvisation anymore but a kind of non conventional composition. 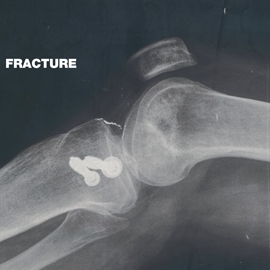 Did your relationship with music change since our last interview?

I will say no. I don’t live only  on my music and mainly I don’t depend economically on it. So this gives me the opportunity to do exclusively what I really want, not considering commercial returns. That means I don’t have to do musical compromises to live. Furthermore  there are so many nice and important things in life not considering only music. Surely music has an important role in my life but I won’t be one of those who spend their lives speaking all day about music…. May be at  51 I probably will be able to avoid this danger for the future?

Are there any musicians you would like to collaborate with in the future?

Sure, Martin Brandlmayer, for example ,an Austrian drummer who has an unique style mixing in an excellent way acoustics and electronics. Than John Tilbury, John Surman, Thomas Lehn,Julie Tippets…Jonny … Fiona Apple………..

A small video of Luciano and Umberto in 2008


And here also the italian version


you can buy his CDs here:

http://www.discogs.com/artist/Luciano+Margorani
Posted by piero at 22:53