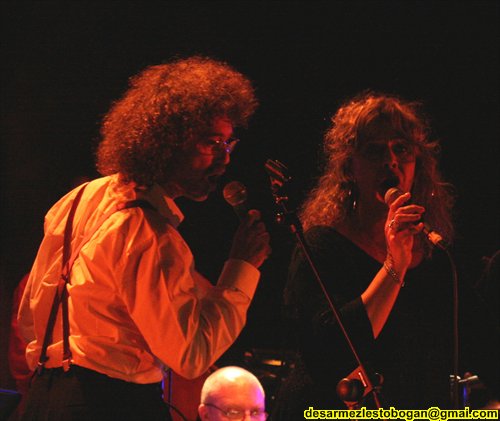 ADN: When did start your interest in music?

GIOVANNI: While sucking my mother’s tits and thinking they were euphoniums!

ADN: How did you meet ROBERTO MUSCI?

GIOVANNI: One day a common friend told me: “If you come with me I will bring you to meet a fool who is crazy about ethnic music, and I didn’t say no!

ADN: Which are your affinities and differences towards Roberto?

GIOVANNI: We normally discuss about our common musical choices, so our work is for the most part complementary, because it begins with an ethnic electronic sound elaboration by Roberto which is arranged and re-elaborated by myself. Quite often the original aim is completely twisted but at the end the result satisfies both of us. So we don’t usually dispute ourselves on our music. In any case  we have big differences concerning our musical tastes and enjoyments. Roberto listens sporadically to music on the contrary I am a very assiduous listener a little like a toxic maniac 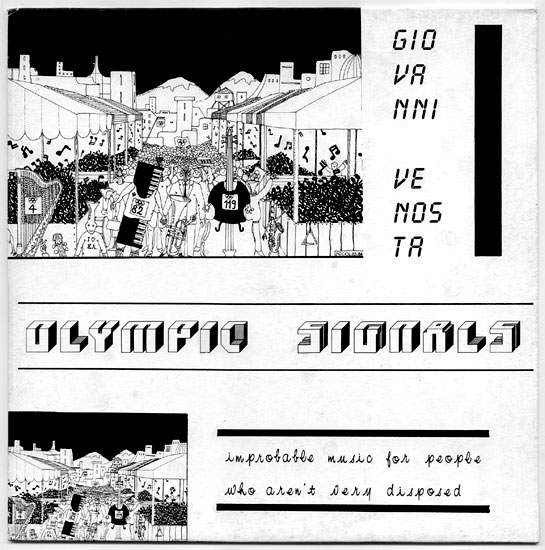 ADN: How was your first record OLYMPIC SIGNALS conceived?

GIOVANNI: When I first met Roberto he was working on his first record THE LOA OF MUSIC; this helped me to reorganize my musical ideas and pushed me to follow his example. 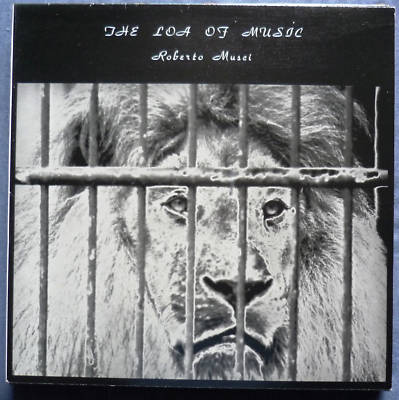 ADN: Would you like to develop other solo projects?

GIOVANNI: Sure, even for the moment, I don’t have specific ideas about it. The only thing I know is that I don’t want it to be self-produced.

ADN: Tell us something about your relationships with Recommended Records UK?

GIOVANNI: From the first day Chris Cutler listened to our tapes he was very excited about our music, even if our records are  not the best sellers in the Recommended catalogue. He explained this situation considering the fact that we are Italian and unknown.

ADN: Which musicians do you think have affinities with your music?

GIOVANNI: The music that may have any affinities with ours may be fond in: the first works of Holger Czukay of CAN, the record My life in the bush of ghosts by BRIAN ENO, ARTHEA, HOROWITZ & DEIHIM, DOLLAR BRAND and French musical impressionists (DEBUSSY,RAVEL, SATIE). All this concerning the treatment of sound material.

ADN: Which are your relationships with ethnic music?

GIOVANNI: After knowing Roberto I daily listen to it, I couldn’t renounce to it.

ADN: What do you think about the role of music in films?

GIOVANNI: I see around 200 film a year and I have to say that normally only in 5 or 6 of these the music is appropriate to the images. Normally film directors are very ignorant about this theme. The few I consider from the musical point of view are RESNAIS, KUBRIK, GREENAWAY, WENDERS, HERZOG, FASSBINDER the first FELLINI and JARMUSH. I dream to do a soundtrack for a HERZOG documentary.

ADN: What do you think about Italian musical scene?

GIOVANNI: Unfortunately the situation is not very brilliant; from this point of view I am a little bit xeno maniac. The only Italian music I normally listen to is the one of LUCIANO BERIO (especially the vocal parts), the mythic group AREA, something o GIACINTO SCELSI ( even if it seems that someone else has written his music), MODI (the first record of MILESI), FRANCO BATTIATO (in his early works), something of PERIGEO and CANZONIERE DEL LAZIO.

ADN: Is your music easily reproducible on stage?

VENOSTA: No, I don’t think so, but at the moment I’m trying to organize it. In order to reproduce the atmospheres of our records we need a flexible and harmonized group of musicians. This is very difficult to realize at present in . 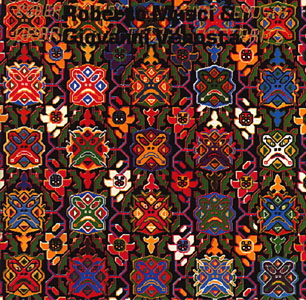 Giovanni on the net