ADN: Where does your name come from?

Pierre:  The beauty of the title of a Don Cherry's song (Nu creative love), the imbroglio of " Creative Methods" by Francis Ponge....Jean Buzelin of Jazz Hot magazine wrote about it: "Nu (Naked), reveals here the loss of dresses, that in the muical field means the loss of time-serving, copy, fashion, stereotipe...".

ADN: Do you have any problems in playing as a duo?

Pierre: Improvisation can quite be easy performed in this way also if it really difficult to play dense and danceable music. NCM mostly exorcizes duos through different subterfuges: tape loops (mostly at the start of our carriere) mechanical means, percussive machines called mecaniums( ancestral contemporaries of drum machines) ballons with whistles, pedals... At present we often play two parts of each instrument, it is a kind of virtuosity. Cello played using two bows, sax blown and beaten and other tricks that transform the duo in a trio or a quartett. But we don't always play in the duo form we also make concerts with the help of orther musicians like Pascal Comelade. 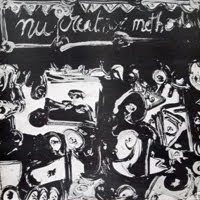 ADN: Could you tell us something about your beginnings?

Pierre: We started as a quartett in 1972 playing in a club of Lyon once every week..NCM in the present form was created in 1974 doing its first important concerts in Switzerland (Geneve 1974, Lausanne 1975).


ADN: How could you define your music?

Pierre: When NU JUNGLE DANCES appeared in 1977 we thought we were working around a new kind of jazz. Now it is too late because we listened to too many interesting musics, Ethnic music for example, the tradition of Japan, Vietnam, Middle East and above all Africa. We like very much African occasional musicians and their apparent semplicity joined to a facundity and a free and easy way typical of people sublimating, always in a masterly way, the most insignificant object, pumpkin or wooden piece. They perform a music not offering any trace of work or exertion. 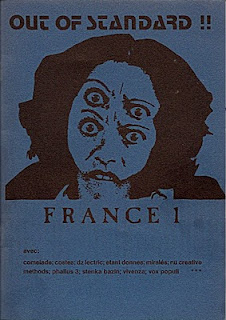 ADN: Do you have any relationship with other french musicians?

Pierre: We have excellent contacts with Jacques Berrocal ( I often played with him), Etienne Brunet (I played in his cassette for Tago Mago), Pascal Comelade (I regularly play with Belcanto Orchestra), ARFI. I collaborated with Bernard Bollerot for his show "Saved by the gong" where I played with Cristophe Aveline and four French boxers. I also played with Raymond Boni whose music I like very much and I am a close friend of Sourakata Koite an interesting musician. Bernard Pruvost pays attention only to NCM.

ADN: What do you think about present musical situation?

Pierre: We are not two penny militants, we don't have any non musical idea to go against present general confusion!

ADN: Which kind of music fills your free time?

Pierre: Mainly our music, the music of our friends, the one of other people.....

ADN: What do you think about noise?

Pierre: We had a period we were playing only objects: boxes,chairs,tables, coffers....
Such a noisy music that it never was published. Noise is always there in our music in tape form or musically during our play. Luigi Russolo is one of our influences!


ADN: What about your records?

Pierre: We should have done two more to cover the same periods. Anyhow we like them both and sometimes we play in concert compositions like "Nu jungle Folies".  NU JUNGLE DANCES selled quite well . LE MARCHAND DES CALICOTS had big distribution problems, but nothing is against a music that ignores senility.

ADN: Did you have any musical trining?

Pierre: Piano (Bernard) and guitar through the classical way. After that many infidelities. Sometimes we still play duos for adapted guitars or toy pianos and home made sanzas.

ADN : Which is your prefered concert place?

Pierre: Behind "Le Lambris de Clement" at the Art Brut Museum of Lausanne.
this is the site of pierre
Posted by piero at 05:12