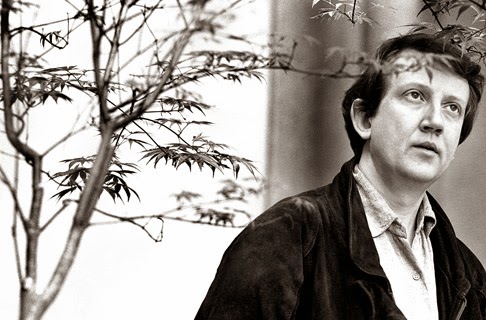 What is Soft Verdict?

Well, Soft Verdict is not a real group,it doesn't work like a traditional rock band formed by people collaborating in order to create their own music. In fact I never worked in that way because I'm very bad in collaborative work in term of composition. So my compositional work since May 1981 was always done alone. Normally I write down a lot of music and afterwards I look for the musicians who will perform it. It's only six months now that I formed this duo with Dirk Descheemaecker and we play this kind of derivate school music or in french "musique derivée". The pieces are still the same but they are arranged for a duo. 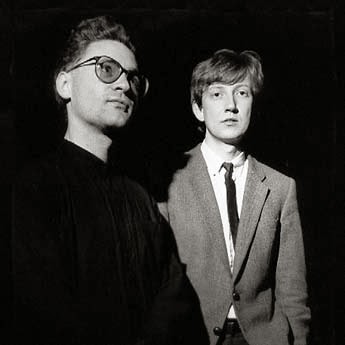 So , may we affirm that in reality Soft Verdict is Wim Mertens ?

Yes, in some ways. It's one of the projects I'm developing.I already edited three different works under this name. A cassette which is something...... 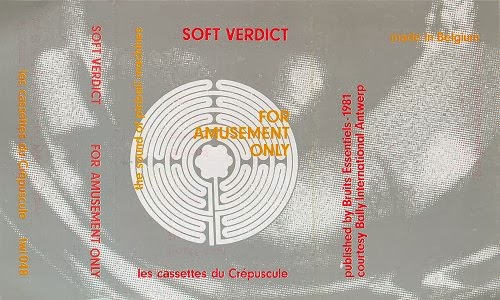 No, not completely, I mean in terms of sound yes, but not in terms of what I think about music. In reality it's a mixed media project including video and flippers ( manipulated using fingers). We removed the upper part of the flippers and obtained sounds simply touching (playing) the devices of the game field.We recorded these sounds using a 16 tracks recorder (I always use 16 tracks recorders). The other project featured was conceived at the end of 81 as I came back from NY.
In 1979 I first visited the "New American Festival" and I was impressed by the quantity of composers who were working on this kind of expression.
Musicians like Meredith Monk, Philip Glass, Peter Gordon, Glenn Branca , Harold Budd......... At the moment I'm also working on a project called "Four Cantos" coming from a series of poems written by Ezra Pound  the American Poet. I'm using Latin texts (as I also did during the concert). I took these poems, which are composed by 104 cantos, and I separated Latin text from the rest.At present I'm developing with other musicians a new way of singing, based on Latin texts. I really enjoy performing music using my voice. I think this project will be completed very soon. 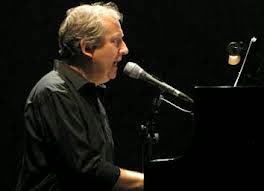 Did you have any classical training?

Well, I studied musicology and followed lessons at the conservatory. Anyhow I'm not a virtuoso as you should have realized tonight. In fact I'm a classical guitarist. I studied classical guitar for some years when I was younger and I started playing piano rather late.
I'm really not a good player, that's why I'm always using this Crumar Piano, which is an Italian Piano. The model I use is the smallest of the Crumar series. I'm using it because my music is based on " tschh-tschh-tschh" and this model permits you to easily change the speed. But the sound doesn't come entirely from the piano, in fact I'm also using a base amplifier for electric bass that gives me an extremely wide range of sounds.So I can use very low sounds but also very high ones depending from this system. 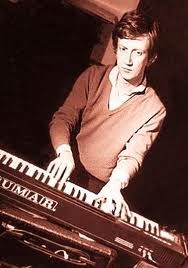 Which are your roots and influences?

I'm influenced by classical music but also by Philip Glass (I like his music very much), Michael Nyman and lesser by Steve Reich. I also listen to a  lot of popular music. So I'm somewhere between classical and popular music, I think. But where exactly this is, I don't know.So the only way to find out is to continue to produce the music I like. 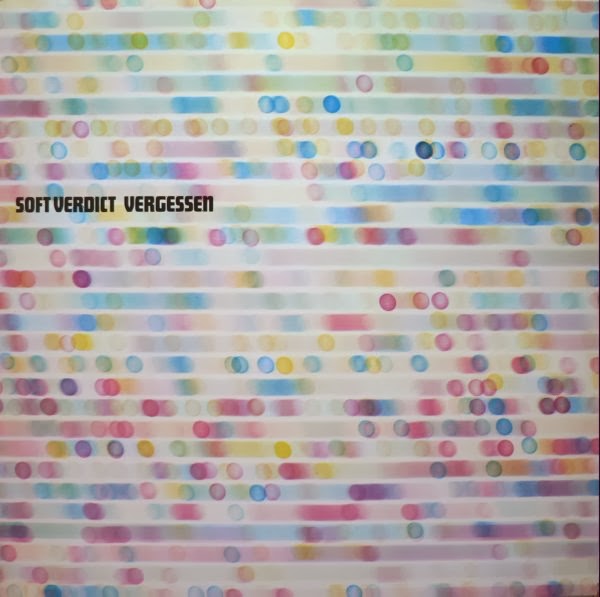 What relationship do you have with Les Disques Du Crepuscule?

Oh Crepuscule was quite important to me. I was with them at the beginnning.But not as a performer.I'm a music producer for Belgian radio, it's my job. So I had connections with people like Gavin Bryars and Michael Nyman in and also with some American musicians.That brought me to be a kind of adviser for Crepuscule. I also made some productions like the Gavin Bryars album and a few other things.
I collaborated on the cassette  "From Brussels with Love" and I contacted some of the artists participating to it like Brian Eno.
Well, Crepuscule also gave me the opportunity to start writing my music. The very first piece I ever wrote was "Circular breathing" and the second "Multiple 12" and they are both featured on the "Vergessen" album. 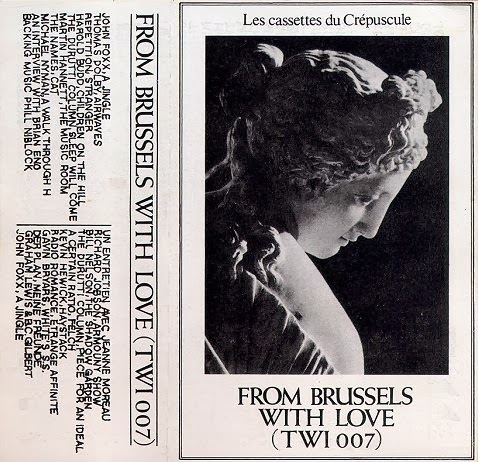 What will be the title of your next album ?

How do you chose the musicians you are collaborating with?

It's doesn't depend on friendship, not so personal. I'm more thinking about the capacity of musicians. In most part of the music we do now as a duo, it's really a matter of survival for the clarinet and saxophone player.It's really a hard job! This was only the fourth concert for our duo and  Dirk is a very good player.
My desire of a music physically so strongly performed by the soloists doesn’t give me possibility to have a large choice of musicians.The music, in reality, doesn't sound so "difficult", and that's probably because I'm working on the global sound. But the musicians I worked with all said "it's very difficult!". For example the reed player has to use the technique of circular breathing because he can't normally breath while playing.This means that he is not opening his mouth,but he is pushing the air from the mouth into the instrument while breathing through the nose and so it goes on.This technique comes from the States and a lot of musicians of Philip Glass are using it, even singers.This depends on the fact that there are a lot of  long pieces where the climax has always to be  maintained at the same high level. So no moments of relaxation! It's going on with energy and sustained climax is always there!
But recently I also started to write very slow pieces. Surely I started to work less conceptually than before: I think. I am getting  freer writing music without any reference to a specific compositional system. 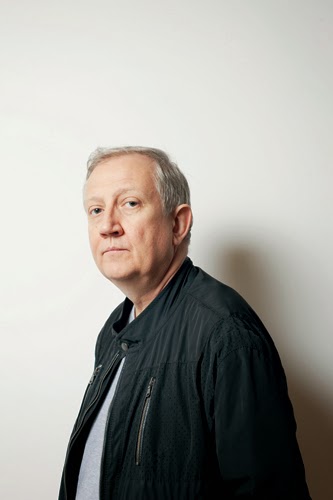 What about the musicians who participated to "Vergessen"?

There are some jazz musicians , like John Ruocco who is a great saxophone player.He went back to after one year in . He is a classical trained clarinettist normally playing jazz.Marilyn Maingart from  playing Piccolo on the album is a full-time classical pieces performer. And the Vereertbrugghen brothers playing bass and percussion are pop musicians. Recently I've started working wit electronic bass lines synchronized with a Roland rhythm-box. So the way my music sounds is a little bit amusing and that's why it's not appreciated by classical musicians. So it stays in an in-between position. 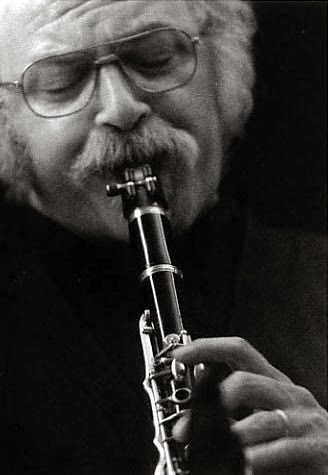 Do you think as Dominique Lawalree could be placed in this mid position?

I know him ,he just had a whole new set of organ pieces, may be he is less influenced by pop music  than me. 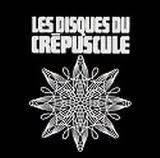 What do you think about Julverne and Univers Zero?

Dirk is coming from both of this bands , but I don't like them very much.I mean what they do is too sophisticated ,in the classical sense of the word. I find the philosophy of Univers Zero too negative.I don't feel related to these bands. I think the position of Soft Verdict is quite unique in . The only references I see is with some American music. As I already said my preferred composers are Glass and Nyman. 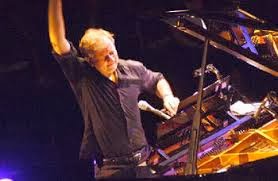