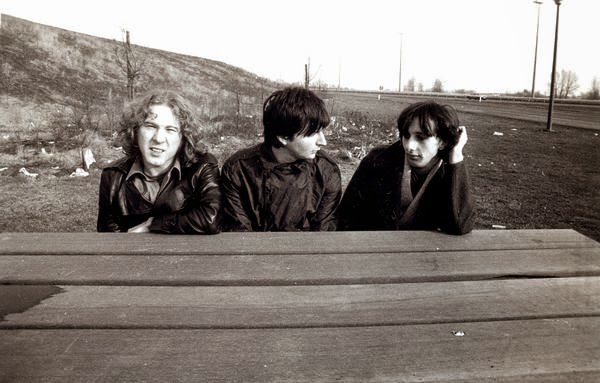 Pseudo Code stopped its activity about a year ago. Why ?

The group did not actually split but we had some technical problems. That's why we decided to stop temporarily our musical activity. Anyhow I don't really know if Pseudo Code will be reformed with the same members . I have no idea about it. The future will give us an answer. 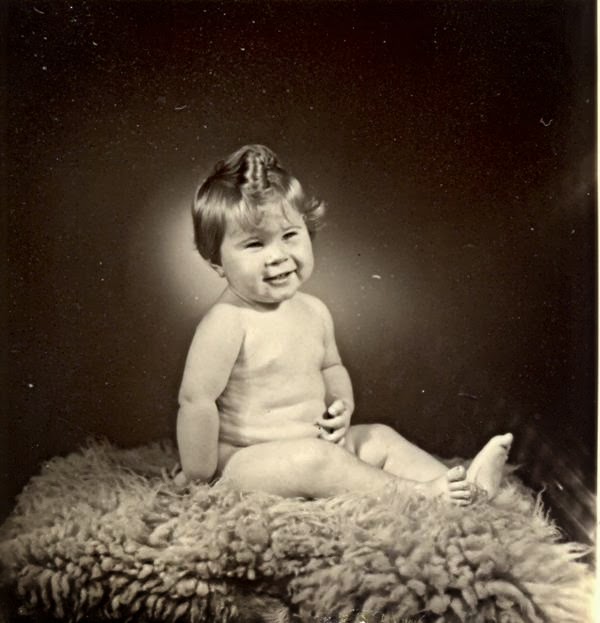 How did Pseudo Code start?

Pseudo Code formed in 1980. Then the only members of the group were me and Guy Hinant.We both came from another group called " Kosmose ": In the beginning we started playing without a singer for about one year.Thereafter we got Xavier as vocalist and our first effort  was recorded just after his arrival in the group. 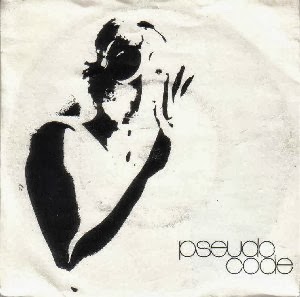 Which is the place of music in  your philosophy about art?

I belive music it's only one of the ways to express art.The purpose of my artistic philosophy is to express myself and I can do it mainly through music.All members of Pseudo Code express themselves through music and other artistic means.Guy makes video films and writes poems, Xavier writes poems and draws pictures and myself I also make photos, write poems and draw pictures.I also play in all the groups featured in the Insane Music catalogue.

Which are Belgian and European groups you feel more related to?

Off course I can't answer for all the members of the group because every one has his opinions about it. I personally believe that Pseudo Code is very near to the spirit of Peter Hammill.In fact our music has an expressionistic atmosphere that transmits sensations and feelings more than definitive ideas.Obviously the other two members of Pseudo Code could have other opinions about it. 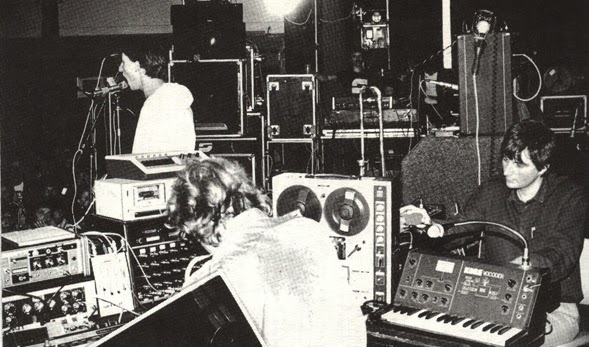 How do explain that in a small country like Belgium there are so many musicians playing new kinds of music?

I don't know. I think that we are at the crossing of different cultures, depending on the fact that we are in the centre of Europe. We are not very far from London, Paris,Amsterdam  and Berlin a little bit more from Milan and Rome.I think that all these influences create a wish to experiment new forms of expression as an ultimate synthesis. In Belgium there is a small interest for this kind of music so we are very open to external contacts.

What is Potlach music?

Potlach is a term that means an exchange often bordering on absurdity.Potlach is practised mainly by some primitive tribes. For example , a man donates a ram to his neighbour who, in his turn to keep up with it, gives him back two rams.Following this he gives back 3 rams and he receives in exchange the full herd.So he gives his wife and his daughter and receives in exchange the whole family and so on. Plotach means to give more than you receive. 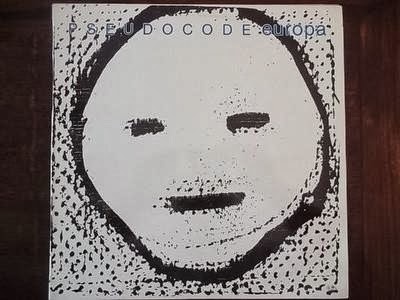 May we consider Human Flesh a parallel group to Pseudo Code?

Yes, it's a parallel group who is still active and I am the central figure of it.I normally ask some friends musicians to play with me following a certain musical path, that's why Guy and Xavier often take part to it. Sometimes I also ask to some non musicians to take part in the group. Anyhow I have to say that many musicians who once were part of Human Flesh  are still considered as part of the group. Most of the people playing in Human Flesh don't even know each other.Thanks to multitrack technology I can add any musician or instrument to a given basis in order to obtain a certain result. 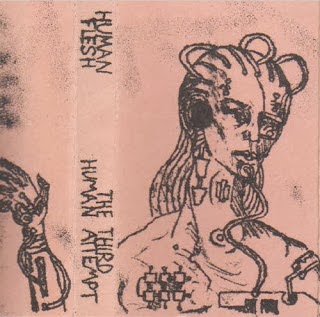 Which is the role of voice in Pseudo Code?
I belive voice is very important in our music. Xavier has a very personal and distinctive voice. 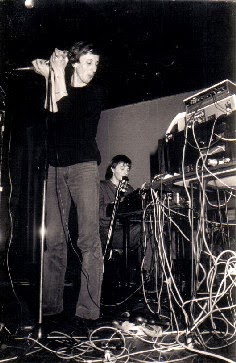 Which are your biggest musical influences?

Again  very personal answer; Peter Hammill, Nice and Flying Lizards. I also like Laurie Anderson. The tastes of the other members of Pseudo Code are a lot different.

What you think will be the future of music?

No idea. I don't know which kind of music will remain.Rock is now a big fair, a wide commercial market. Fashion changes continuously, only God knows how will be the future and I simply don't know.May be Argentine Tango will be very fashionable in the 21th century, who knows? Anyhow I don't think that serial and concrete music will do any progress. I fear music will be fading. 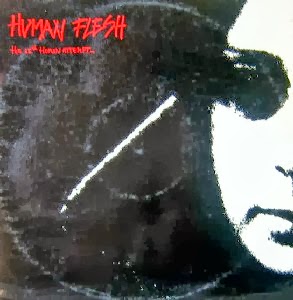 What kind of feeling would you like to transmit to your audience?

I would like the audience to feel what we feel fear,joy,desire, anger and many other human emotions.I would like people to feel our music and not to try to understand it.Music should felt by the entire body and not only by the brain. 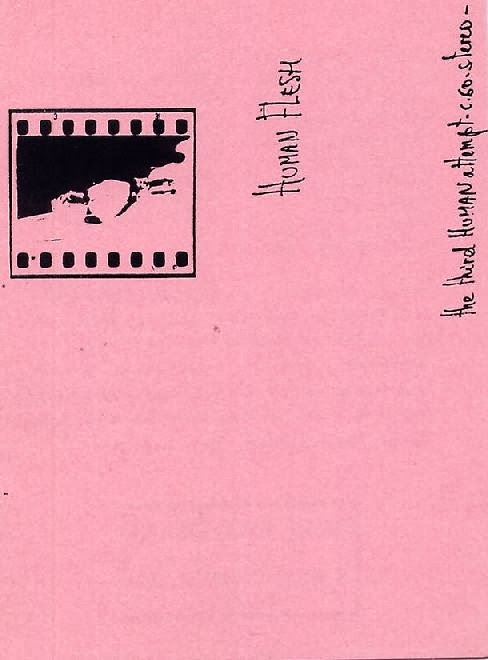 Do you often play concerts?

We often played live, but we didn' t play live since one year.We mostly played in the northern part of our country and Brussels or in Holland. I have to say that every concert of Pseudo Code was a special and unique event.

What do you think about industrial  music? 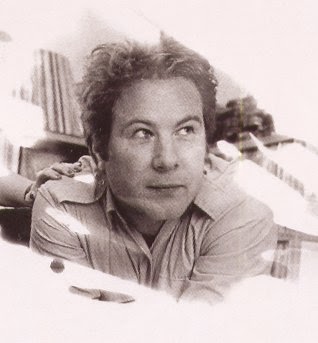 Do you have political interests?

I personally don't have any and I avoid them.I think that politicians should care about human beings welfare and serve who voted them.Normally this doesn't happen. So I'm disgusted by stupid political games.

What do you think about the definition " New Wave"?

New Wave doesn't mean anything.There is no New Wave and No Old Wave. There is only music. It's only a definition and I don't like definitions. 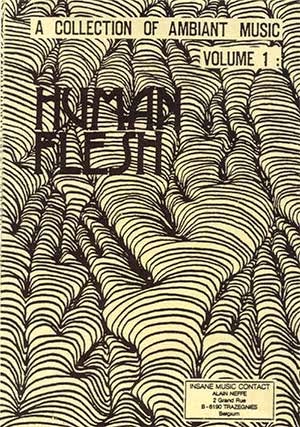 What about "Insane Music" your label ?

Insane Music is not a label . It's only a name which gathers all the groups I played in. I called it Insane Music because at the beginning an insane and sick music was played. I only wanted to put together all these experiences.

What do you think is the most important characteristic of a musician nowadays: skill,technique,inspiration,originality,personality?

Which of these characterics is more relevant in Pseudo Code?

Inspiration. We try to express our feelings in a wide extent. So we don't search originality at any cost. So we create a personal music without a real intention to do it.Anyhow we don't care about skill or technology so we are used to play very badly.I think that our originality comes directly from our personal limits.

Could tell us something of your future projects?

We try to participate in international projects as much as possible. I normally send tracks almost everywhere. There are many differences between all Insane Music groups. At present I'm concentrating on the development of Bene Gesserit.