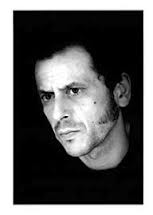 We would like to know something about your musical training?

Pratically I only studied classical piano for about three years at the music academy. For the rest I'm a self-taught man. 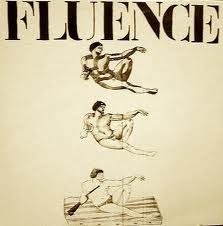 What about "Fluence", which was your first record?

I made it in 1975, and it was an electronic record. At present I only like one side of it , which was influenced by La Monte young. This side features a continous sound and the guitar playing by Richard Pinhas. 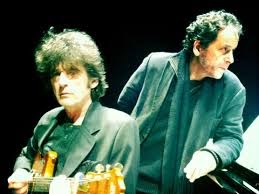 How did you meet Richard?

Well I just sent him a tape I made for the record and then I met him at his home in Paris.He simply played over my tape and we have recorded the finished piece.

How was the distribution of the record?

Pôle distributed it , but this small label collapsed soon after the record came out and I lost the traces of my record. 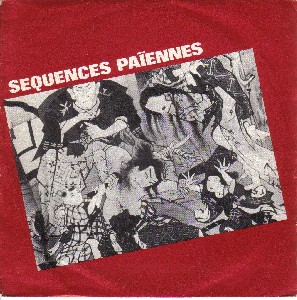 Yes I still like this little object. It contains six small tracks you can listen to at different speeds indifferently.On it I play toy piano, plastic saxophone and a little bit of synth. But the use of synth is very plain avoiding any kind of special effect. At the time I just wanted to put my simple repetitive music on a small record .I was really amazed by the result : short pieces you can listen to at different speeds. 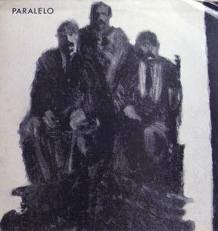 And what about "Paralelo"?

It's a Synth album. I think I made it too rapidly, I didn't meditate on it for enough time. The only track on the record I still like is the one with the voice of Gavin Bryars and the synth imitating the wind instruments.I find the rest of the record very boring and cold. 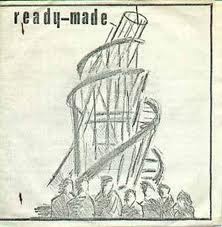 What about your collaboration with David Cunningham?

As usual I sent him some tapes and he played over them. I had 62 minutes of music coming from this collaboration a I utilized part of it for "Ready made" and part for "Sentimentos" 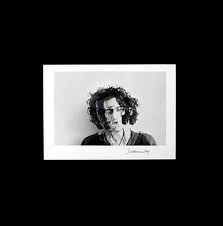 Do you normally listen to your pieces very often before being satisfied of them ?

No, I think it's a matter of fate.

Are you normally satisfied with your work?

Well, I only like some pieces in every record I made.

Which is the part of your work you like more at the moment?

So ,are you going to repudiate the synth?

No,not at all,I'm not critizising this instrument. I also like some things I did with the synth.

How did it work with Aeon for the production of "Sentimentos"?

Well I sent them the tape and the cover's outline and they made the record, it's all!

So you prefer to make your music and leave to others production and distribution?

Is there a musical scene in Montpellier, the town where you normally live?

I have some friends I'm collaborating with. One of them plays toy piano and flute on "Camouflage". 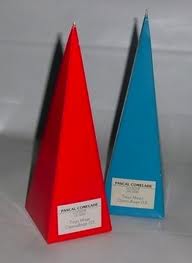 Do you normally prefer to work alone?

What about "Fall of Saigon"?

We formed the group for a concert last year.We prepared some pieces following a specific path. A type of minimal rock with a little bit of melody. The maxi we made is on that line.But at the moment we are doing something near to the "chanson" and I don't like it. I think we will split because I'm tired doing this type of music. I will concentrate on acoustic music. I would like to form a quartett doing repetitive music. 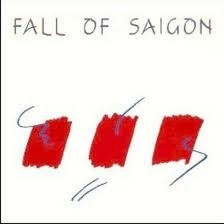 No , I think more in the line of Michael Nyman but in a smaller version.

Do you have any contacts with them?

I only have postal contacts with Gavin. It all started because on the cover of Sequences Païennes, I made a dedication to Sherlok Holmes and he is an important member of British "Sherlok Holmes " Society.

Which music you like to listen to at the moment?

Who is the musician you would like to collaborate with in today's French music scene ?

I think Jacques Berrocal , we already spoke about it and I hope we will do something together. In reality I don't know many musicians.

Would you also like to collaborate with Gavin Bryars?

I think I'm less musician than he is.My music is more amateur music, a little bit like bricolage. On the other side he normally plays written music. 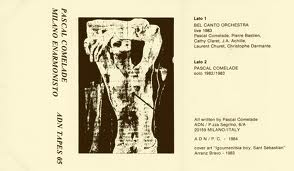