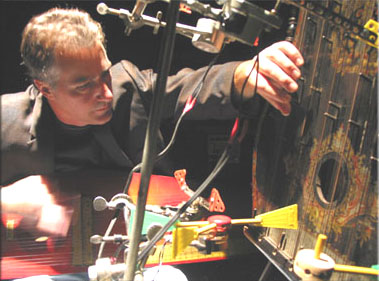 Can you tell us something about your musical training and beginnings?
My first 45 was Alan Sherman novelty record (St George and the Dragonet);my fist two albums were Nilson Schmilson and Madam Across the Water.The first album I attained illegally was Rite and Spring. If you add a little improv and prog rock into the mix, my tastes haven't changed much. In 9th grade I signed up for band. They were short on euphonium players so I volunteered despite its oompah pah status, the euphonium is great for melodies. 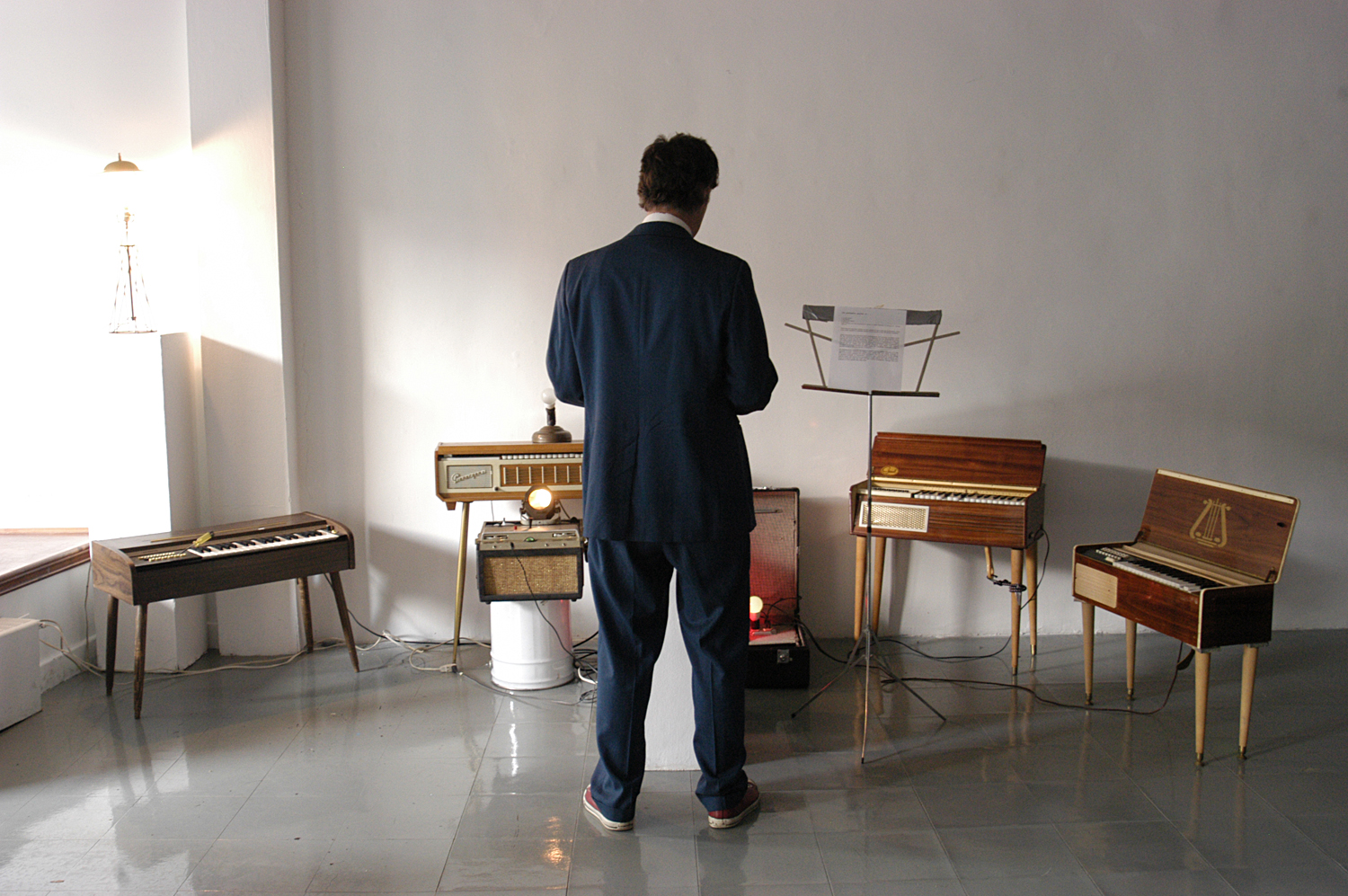 Which was and which is nowadays  your favourite instrument?
Though one shouldn't have favourite children, I have an electric baritone uke that I'm partial to largely because of it's size and portability. As far as instruments I've had a hand in building I would have to say I keep coming back to the Guicella (a six string guitar/cello hybrid) 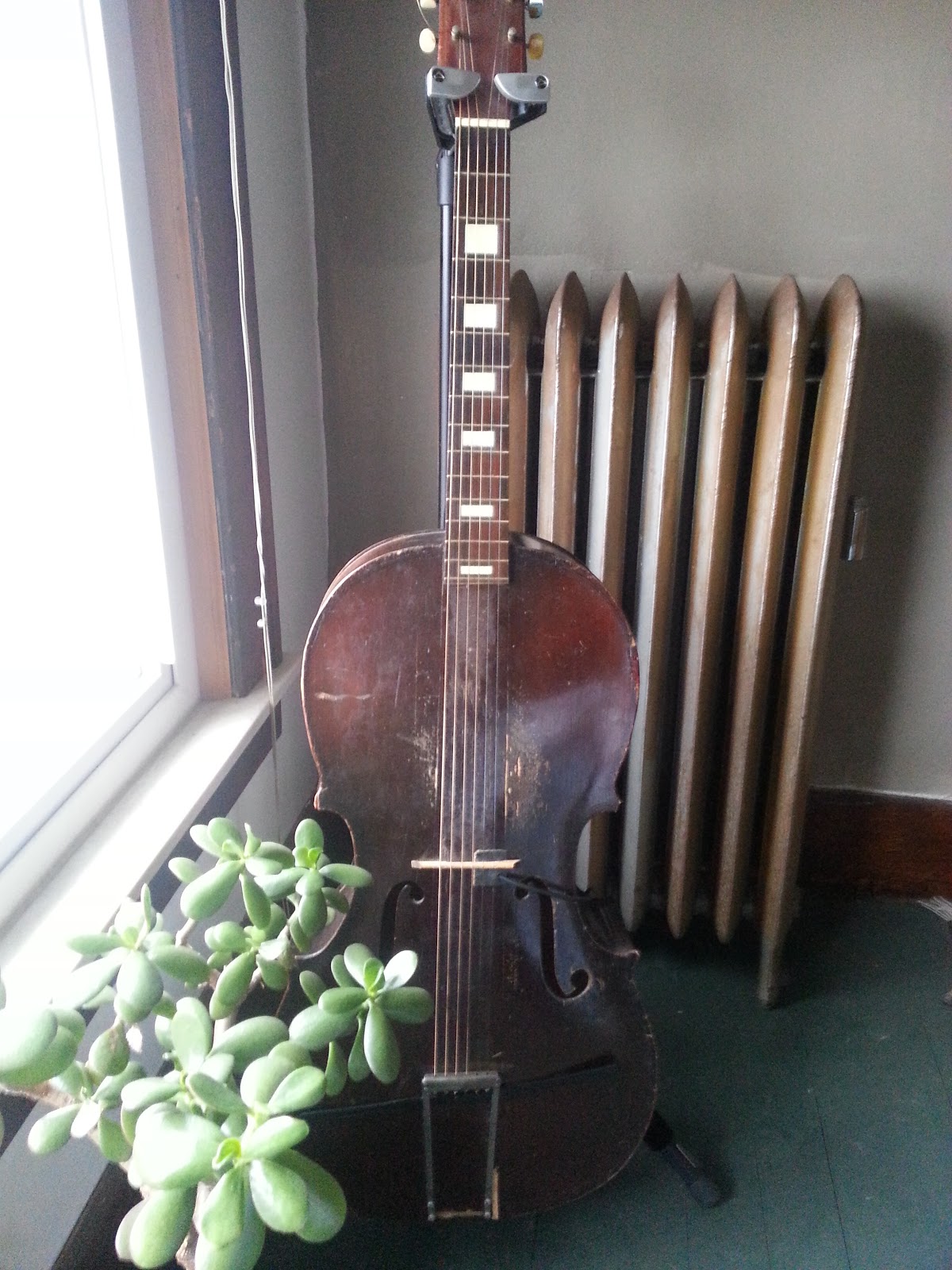 Was Only a Mother ,at the beginning, a real group or just an “excuse” to perform your music with a stable group of friends?
The first Only a Mother vinyl was really a solo record with friens guesting on different tracks. I think I was to chickenshit to put my name on it. By the time Romantic Warped came out we were really a group. 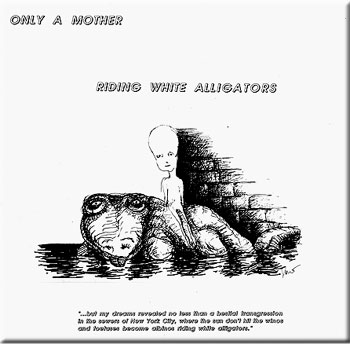 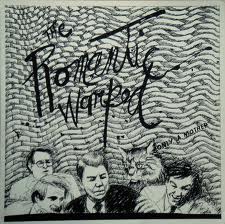 What about your  cassette releases including   “Only a mother could love” mentioned in “Riding white alligators”?
Sound Choice, Cassette Mythos and Op (which lately became Option) were all pubblications that promoted the DIY ethos of cassettes. The 80's was the deacade of cassettes networking which was how I met Eugene Chadbourne, Amy Denio, Nick Didkovsky and others. My cassette fidelity held up well because I was recording on 1/2" and mastering on 1/4" reel to reel Otaris and then making two or three cassettes at time in real time.I recently started transferring some of the music from that period from cassettes (the Otaris need work) and the music holds up...when I'm not trying to sound like a Brit. 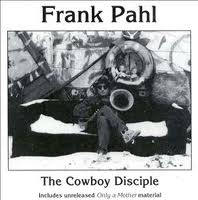 Can you make us a small excursus on your records and CDs possibly using only one  sentence for each of them?
Some of these I haven't listened in years but here goes....

Only a Mother - Romantic Warped : The introduction of the Rack, A Spike-Jones era percussion rack. 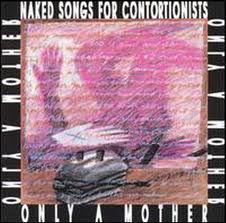 Only a Mother - Nacked Songs for Contorsionists : The association with Ralph/T.E.C. Tones and Eugene Chadbourne gives us a boost into a different realm of obscurity... and who doesn't love a contorsionist ?

Only a Mother - Feral Chickens : Finally,the collection of warpeds is recorded and we attempt to record a live situation with minimal overdubs. 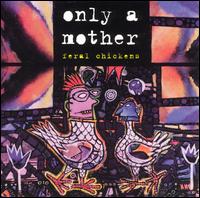 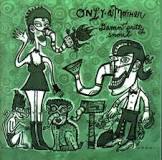 Only a Mother - Dusty Nuggests﻿ :  Not bad for floatsam and jetsam.

Frank Pahl - The Romantic Side of Schizophrenia (solo) : A chance to release material with some of my favourite players and ignore continuity releases are supposed to have. 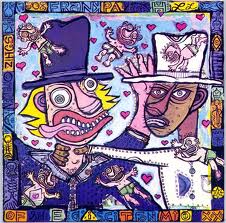 Frank Pahl - In Cahoots (solo) : My Idea of a pop release. Someone of the New York Post put this in his Top Ten end of the year list and said if there was any justice Emotional Thumbs should have been a hit (why not?) 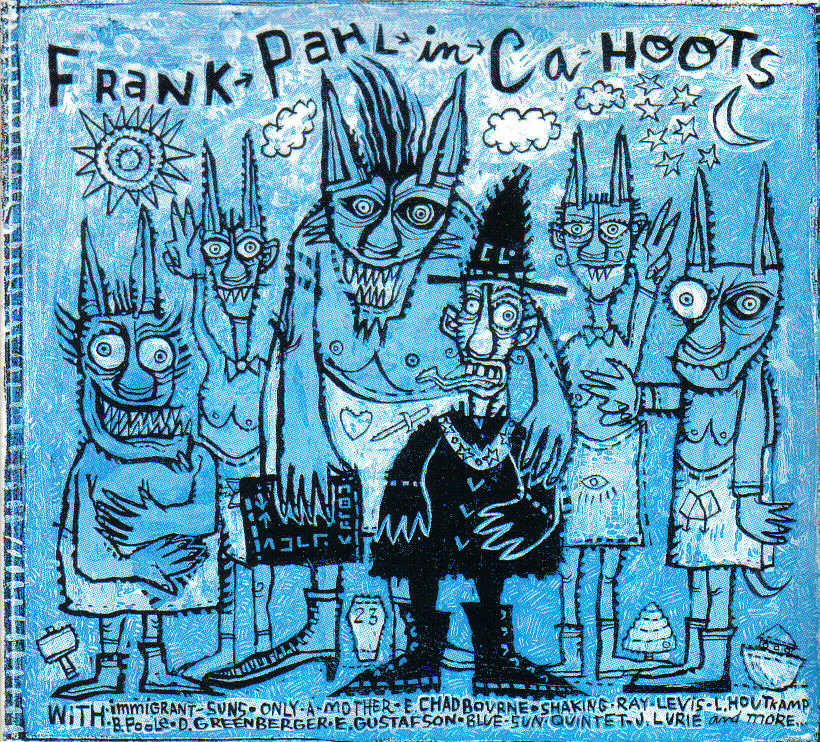 Frank Pahl - Remove the Cork (solo) : Almost all of this material ended up to be used in theater,film or dance and the toy suite was definitely a precursor of Little Bang Theory. 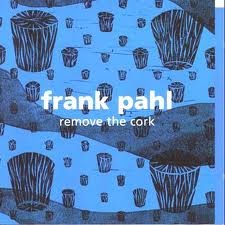 Frank Pahl - Back of Beyond (solo) : More music for theater, film and dance and a real pleasure working with Novel Cell Poem in Japan. 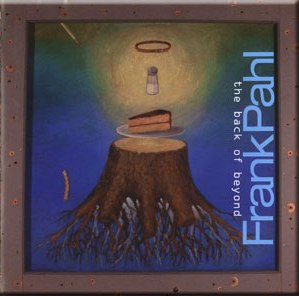 Frank Pahl - Songs of War and Peace (solo) : Inspired by Eugene Chadbourne's protest albums, at the time I was very active protesting against Bush administration. The U.S. media ignored massive protests against the war and instead covered the corporate-funded Tea Party. Journalists routinely commented on the lack of protest music, yet Thurston Moore's Protest Records site listed tousand of songs. 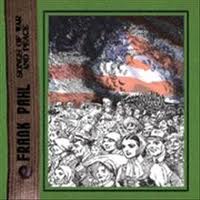 Frank Pahl - Music for Architecture (solo) : Perhaps my most consistent (all prepared piano) and most self-indulgent ( why is this considered a negative? ) release. 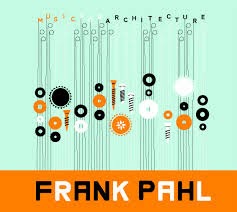 Scavenger Quartet - Whistling for Leftovers : Mostly of my music for theater never gets recorded and I'm so glad I recorded Delirium Waltz and The Tempest material. 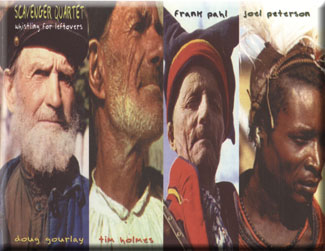 Scavenger Quartet - We Who Live On Land : The group agrees, we got it right with this one 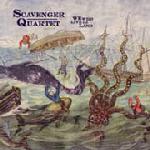 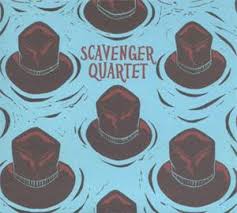 Little Bang Theory - Elementary : A chance to indulge our love of film music and write music that isn't dumbed for all ages. 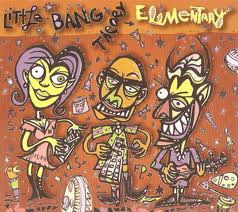 Little Bang Theory - Toy Suites and Themes : The title is inspired by a Vic Lizzy release. A similar vein as Elementary... little did I know that I would score two more silent Ozu films in 2012. 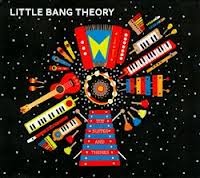 Do you still play with Immigrant Suns ? How did your colaboration start? I noticed that one of their members also plays in Scavenger Quartet.
The Suns would show up at Only a Mother shows.Eventually we started to do shows together and I engeneered/produced their first release (my opinion their best). For my MFA show I put together a band that consisted of the Suns which I cheekily called Scavenger Quartet. I asked Doug Shimmin to play drums even though he wasn't a drummer at the time. I liked his wacky approach to the drums and immediately thought to him when I put together Little Bang Theory. Immigrant Suns are still together as a group and there's talk of doing the big band version again but we'll have to see how schedules fit.

What about your works with Klimperei? How did you meet?

In the 90s indipendantly Watanabe of Locus Solus and Denis Tagu of In Poly Sons both suggested I do something with Klimperei. I still hadn't heard their music despite mininig similar territory.  Around 2000 I finally heard their music and I understood why people thought we might be simpatico.Some of my favourite collaborations have been with Klimperei and for those of you who like Desserts you really should hear Musque for Bath.It is equally rewarding. Novel Cell Poem has the master for a third release. Music for Perfect Strangers. In answer to your question "how did you meet?" we have never met or even talked. Our only communication has been through e-mail  and snail mail packages. 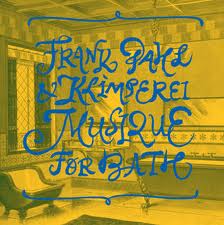 Is there any difference between the audiences attending to concerts of Only a Mother, Scavenger Quartet and Little Bang Theory?

There's a lot of crossover however last year Little Bang Theory performed several times with the films The Mascot, I was born out...,and an Inn in Tokyo. These were family friendly concerts, frequently for hundreds of film buffs and it was an audience I didn't recognize.

You often published your  texts on your LP’s and CD’s how important were  they in your musical projects ? Recently your music has become more instrumental is that a choice?

Which are your favourite records of last century?

Nilsson Schmilsson by Harry Nilsson, Harvest by Neil Young, The Roches by The Roches, Gravity by Fred Frith, Here Come the Warm Jets by Brian Eno, i by Magnetic Fields....as far as collection go I would have to include multi disc sets by Spike Jones,John Barry,Michael Nyman and single disc compilations by Cliff Edwards,Andre Popp,Harry Reser and I am sure I am leaving people out. Do you only conceive or also build your musical machines?

While touring Europe in the mid 90's with Only a Mother I found out I had been accepted into the MFA program for the School of Art at University of Michigan. I knew I wanted to do something sound related but I didn't know what.I had met Trimpin and Pierre Bastien and decided to teach myself how to build  automatic instruments.With the exception of one instructor (Michael Rodemer) who taught microcontrollers for artists there was no one to show the way. Trimpin's work was very precise and finessed while Pierre usually used the automatics for rhythmic accompaniment. I was very conscious of their work and chose to have my automatics create ambient backdrops for my compositions or to arrange them as standalone immersive sound installations. Fortunately I don't sound like Pierre or Trimpin. I had three solo exhibitions as well as several group shows. This summer I will be setting  up my largest sound installation yet for the Mattress Factory in Pittsburgh. 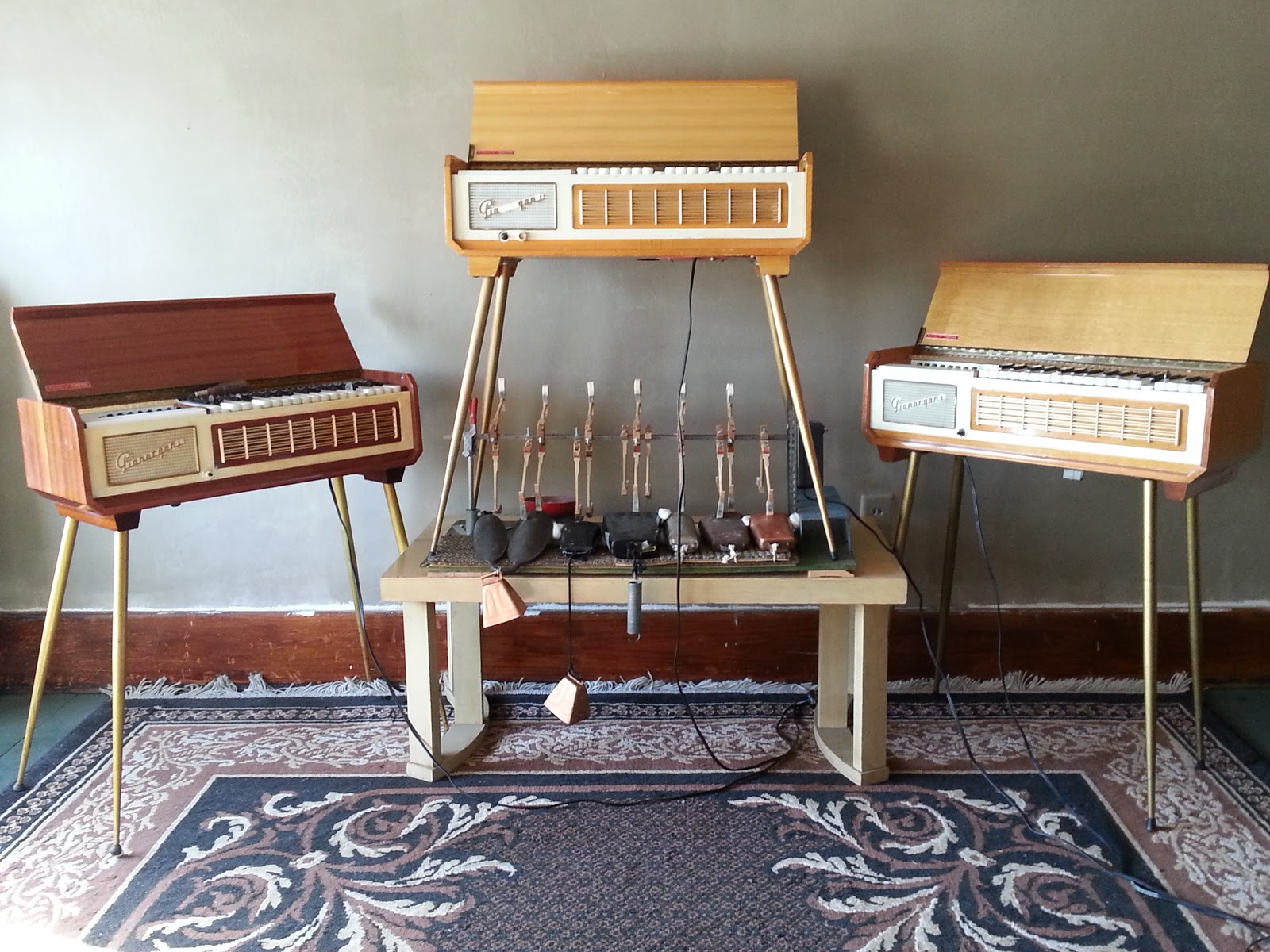 How was your teaching experience?
I'm fortunate to be able to teach subjects that interst me.Currently I teach Sound Design,Sound Art and Scoring for Film at CCS in Detroit.Some days is a blessing, some days it's a gig.


The biography on your site stops in 2011 what about 2012 and your future projects?
This year there will be three new releases.... Music for Perfect Strangers with Klimperei on The Novel Cell Poem Label. Fishers of Wufmen with Shaking Ray Lewis (Dennis Palmer and Bob Stagner) and Pahl-mer (duets with Dennis Palmer) Dennis was a great synthesist, improviser and friend.He died in February of this year and I'm sure he'd be proud of these releases. His spirit lives on.My lowest priority future project is to update that damned website.

Here you can find some of his records:

a video of Only a Mother: