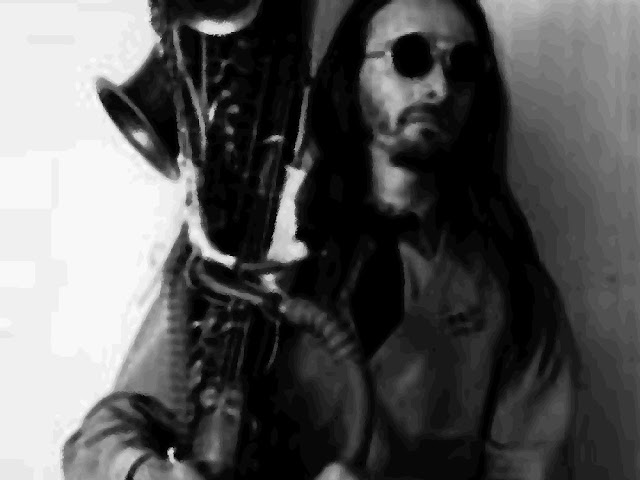 I've read somewhere that your childhood was marked by Raymond Isidore and his life devoted to the construction of  house "Maison Picassiette". Do you think that your relationship with art and particularly with music was influenced by that experience?


I think that in the field of artistic creation everything comes from childhood. Yes I have to admit that Raymond Isidore, self-taught, exalted and free artist, marked me a lot. Music wasn't there at all in my family. The first music I was exposed to directly was, for example, the one of the military parades. The musical power was impressing. Also children plays, like the construction of huts or Indian tents, we made with pieces of wood and canvas, were very important for my formation. Everything was made by frippery but the dream behind was immense. 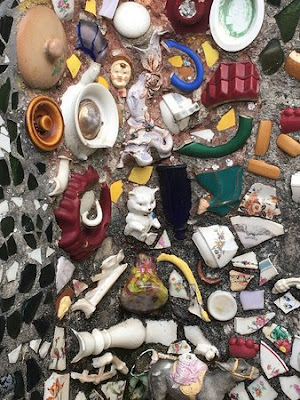 Is it true that Camizole  originates from a Catholic Choral of the town of Chartres that was created after the upheavals of Mai 1968? Was there a political motivation behind it ?


No, it's not like that. Our first happening was in a chapel in front of a public of young Catholics of our age, but we didn't know them at all. They had a quite open mind, so they invited us again for the following month. This happened only one year after Mai 1968 and France, and particularly young people, were undergoing a new season of liberty and they  just wanted to change  traditions, politics and art. 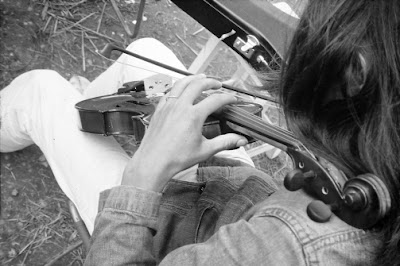 So, if I understood well, at the beginning you all were self-taught musicians?  Which were your musical influences at the time? Was the music of the group already in the line of what you did afterwards in 1976/78?


Yes. At the beginning no one of us was a musician, we didn't even have instruments. We started to introduce them afterwards. Our influences were the creative rock of Captain Beefheart or the Mothers of Invention, free jazz, Stockhausen, John Cage, The Living Theatre...... 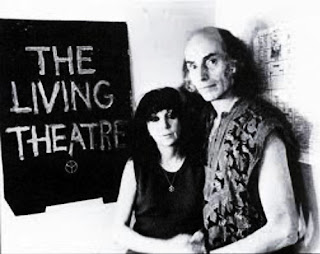 Which were the analogies and the differences of the origin of your group and  that of other groups of your period like Théâtre du Chêne Noir and Horde Catalytique pour La Fin ?


Every group has its own history but surely there were some common points. Same kind of influences, and  same social and artistic milieu. 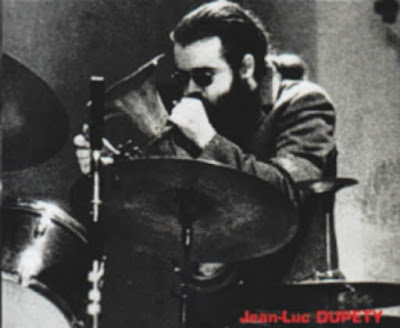 Which was the role of Jean Luc Dupety in Camizole and how evolved his musical career after the end of the group?


Jean Luc was our drummer, he also played trumpet, trombone and tuba. On scene he was the best one , the most facetious and extravagant. His brother Jacky founded the group and was the leader of it. That's why he came from Paris Art school, where, after having frequented Alan Silva, he was expelled in Mai 1968. But in the following years there was not a real  leader in the group or, if you prefer ,we all were leaders. Unfortunately all my partners of the beginnings  didn't continue after the end of Camizole. 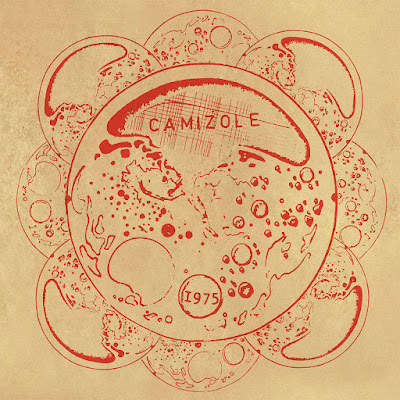 How did you arrive to the duo version of Camizole in 1975? Was the original group already disbanded? Why did you change the style of your music?


In 1973 I started to interest myself  a lot in new music coming from Germany, I liked the use they made of synthesizers and  I perceived  that their musical propositions  were quite different from English and American models. The other musicians of Camizole didn't share at all  my enthusiasm, and moreover I thought that our group was turning round in circles and lacking of ambition. So I tried to form a duo in the line of what came from the other shore of the Rhine River. 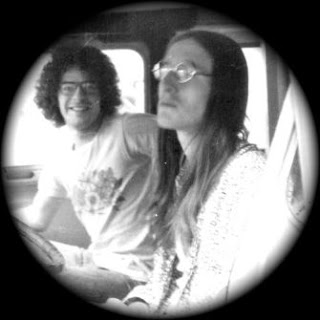 Did the group disband following  musical disagreements with Bernard Filippetti ?


Yes. musical and human disagreements. The positive thing about this experience , was that this duo version of Camizole gained a National reputation. Because in our first five years we just were simply a local group. 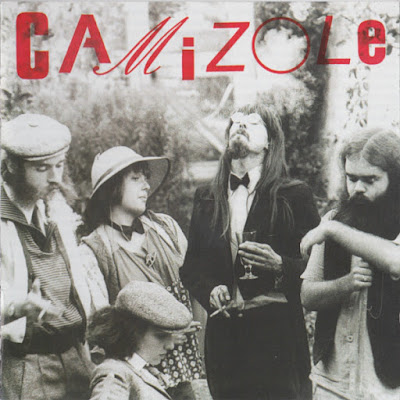 What happened after the end of the duo version ?

The group reformed in its original version. The only difference was that we had a lot of contacts and the possibility to play in many places around France. 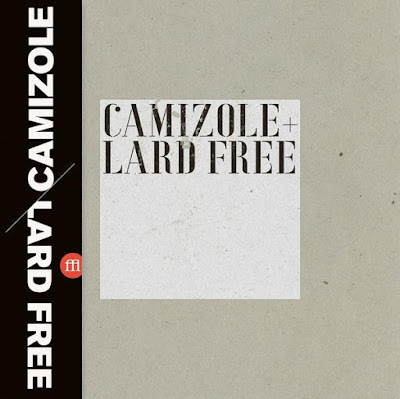 Were the concerts with Lard free totally improvised?

Yes absolutely. We didn't prefigure anything before the concerts so everything could happen. 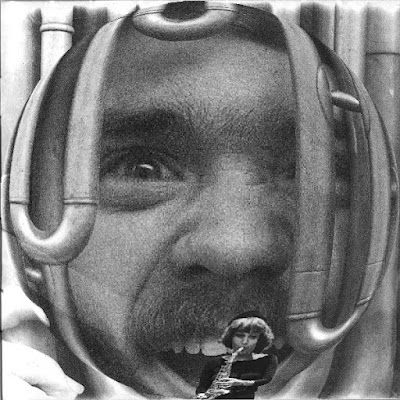 Could you speak us about the association Dupon et ses Fantomes and about groups like Grand Gouïa, Au fond Du Couloir A Gauche and Nouvel Asile Culturel that nobody knows?

We started that association with our friends of Etron Fou Leloublan in order to organize our activities outside the official networks. We were joined by group Mozaïk a by the others who are not known because they never recorded anything. We were all quite distant from a geographical point of view and this didn't help at all. At the time internet wasn't there and we didn't even possess a phone. This explains probably why the impact was quite limited. 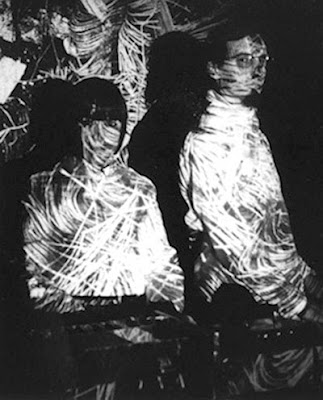 Do you think that Vidéo-Aventures could be seen as a synthesis of your former experiences?


No, its really another adventure, a new start. I just wanted to dedicate myself towards recording process and workshop activity in studio. In order to work carefully on pieces and sounds in studio after so many years of improvisations during our concerts. 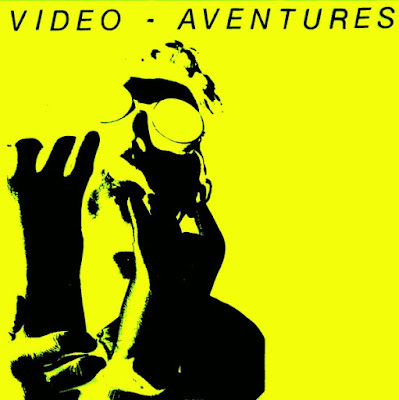 Which do you think was the best work of Vidéo-Aventures ?


I don't know. Anyhow  I think that asking some between the most creative musicians of French underground to partecipate to this project was a good idea. 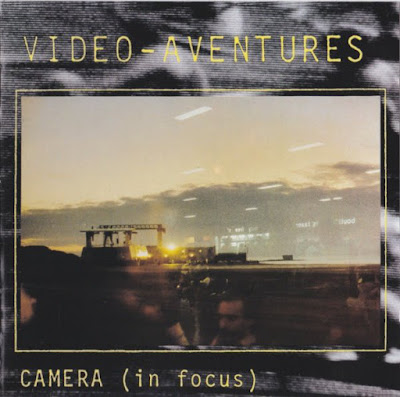 Your book " Un certain rock français " gave us the opportunity to discover many French groups of the seventies that formed a parallel project to "krautrock" but lot less known.Do you think that the birth of both movements derived from the same English or American musicians who started to do music out of the standards? 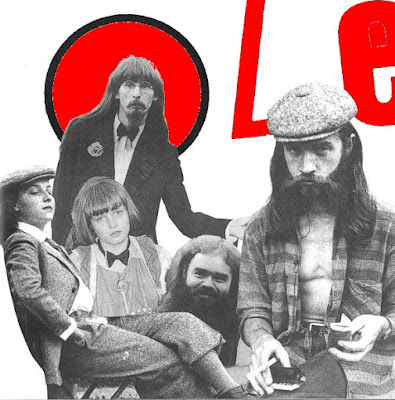 Do you think that Chris Cutler and Recommended Records had an important role in the diffusion of your projects and in general of the above mentioned music? 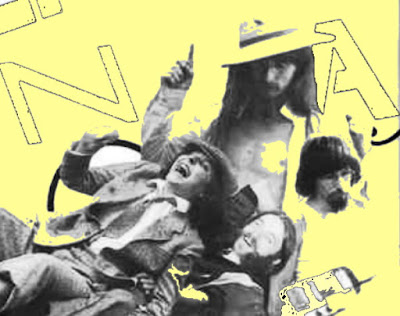 How did you start to collaborate with Fish and Roses? Your love for Blues and slide guitar came through them?


Rick and Sue often toured through Europe, that's how I came in contact with them. They had a good knowledge of country music, but they didn't know anything about the rural blues of the Delta. I was the one who let them know about it, as Americans they had a quite different perception of this type of music compared to mine as European. 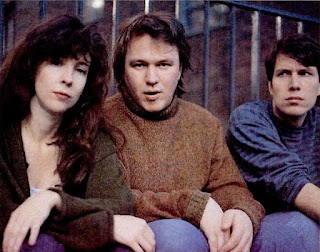 Was Peach Cobbler the result of distant sessions?


No, we recorded it in New York, and we finished it in France during the pause of their European tour. 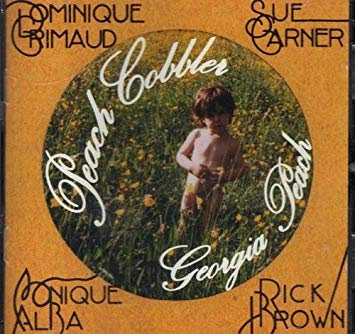 Among your solo experiences I just listened to "Slide" but I didn't listen to the others could you give me an idea about them?

I tried to do every time a different album from the previous one." Slide" is a work on improvised music with 12 invited musicians but also an important work in studio, made in the famous CCAM studio of Vandoeuvre-Les-Nancy with François Dietz. 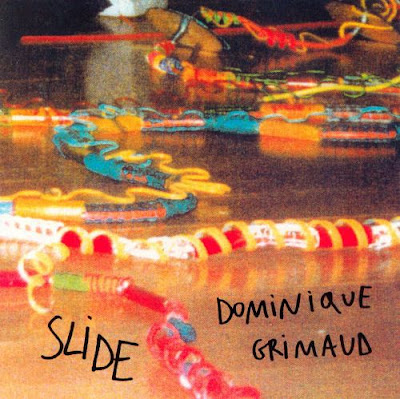 "Rag-Time" is my real first solo album plentifully oriented towards the pathaphysical essence of In-Poly-Sons of Denis Tagu. 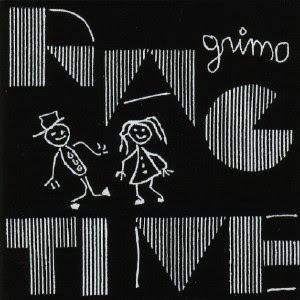 Pierre Bastien really loved this album and proposed me to do "Rag Time vol.2" as a duo. 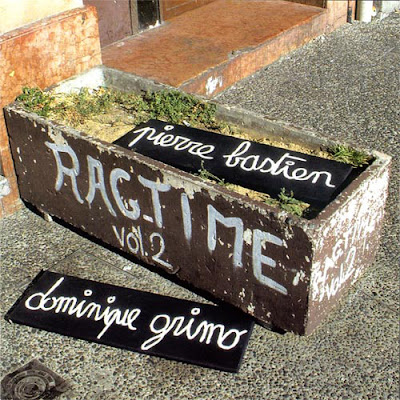 "Les Quatre Directions" is a long piece of sixty minutes, a circular score. It's an homage to Amerindian Nation, recorded in solo. I had the chance to sort it through Locust Music, the famous Chicago Label. 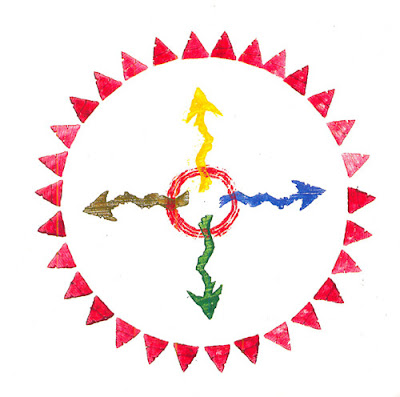 "Aahh!!" is the first duo album with Veronique Vilhet who played in the crew of Royal de Luxe and in the group Johnny be Crotte a less known band whose members coming from the group Barricade  joined  afterwards  ZNR and  Etron Fou Leloublan. It's an analogical synthesizer and monolithic drums album an homage to "krautrock" 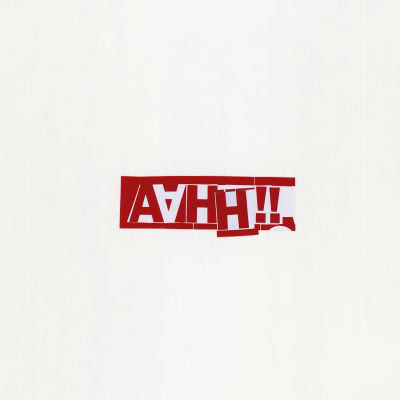 " Îles" the second one doesn't have synth in it but my guitar has an important role with open and quite strange accords, like the ones used by Nick Drake, Peter Finger or Mike Hedges. Then you also find percussion and Jew's harp. 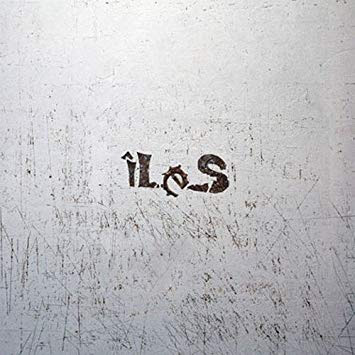 You collaborated with nearly all the great Artisans of French underground like Gilbert Artman, Jacques Berrocal, Pascal Comelade, Pierre Bastien, Guigou Chenevier ( not missing Cyril Lefebvre and Jean Pierre Grasset) what do you think you  have received from them and what you have given to them?


Everyone of them gave me much. But without any doubt I learned the most from Gilbert Artman. Mainly concerning the studio work and the construction of a piece of music. Also today I work using the methods I learnt from him. 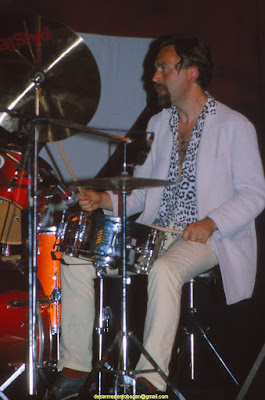 Does your collaboration with Klimperei start during the series Zuto-Pistes? Did you find musical affinities with Christophe Petchanatz?


Christophe  asked me to partecipate to a kind of musical collective called Klimperei et ses Amis  including David Fenech, Palo Alto, Madame Patate between others. We made 2 or 3 concerts. Following this Christophe started individual collaborations with each member of the collective. Surely we found affinities but anyhow our working methods are very different. He works very fast while I need much more time. 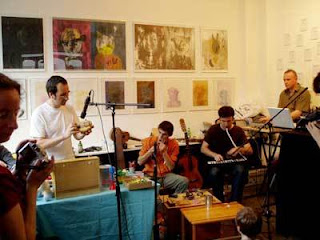 Can you speak us about your experience as journalist in "Revue et Corrigè" and as a coordinator of the series "Zut-o-Pistes"?


Both are propositions I received and that I was very glad to accept. Writing on music or treating the discography of other musicians is fascinating and enriching. But nowadays I chose to dedicate myself exclusively to my recordings and to the research of labels already existing in order to edit or re-edit my albums.

That compilation  wanted to demonstrate that there is a continuity between the new generation of musicians and my generation. Some of them seems to have consciousness of it, but the majority sadly seemd to ignorate this evidence. 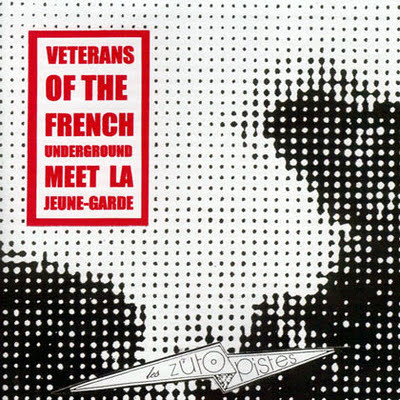 Which are your extra-musical passions?

Oh, nothing special,like everybody: walking, reading, bicycle, bricolage and cooking. 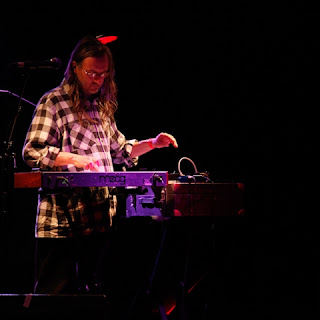 How did the role of the musician change in France since your beginnings?


Today you surely don't have the same difficulties. In the seventies, Camizole wasn't able to record its first album succeeding only after eight years of existence. And furthermore the album came out only  20 years after. Today everyone can record his music because recording tools are a lot cheaper and also a lot better. So if you add to this that there are many more labels.... In spite of it, concerning myself, after 50 years of activity I still find a lot of difficulties to find a label that could be interested to edit our projects. 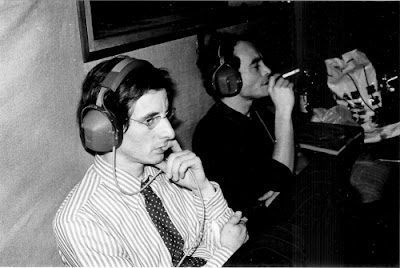 Do you have any project  going at the moment or something you would like to do in the future?


I don't like to much to speak about the going projects, because mostly, for the reasons I told before, these projects find their end a lot later than expected. So I will only say that we have 3 recorded albums that should come out next year, I hope. And we are recording two more albums.

and a video of Dominique Grimaud and Véronique Vilhet: